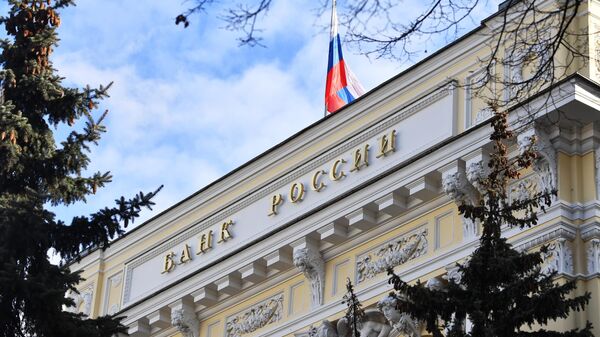 © RIA Novosti / Mikhail Voskresensky
The Bank of Russia expects further growth in the annual inflation rate in Russia after the acceleration increased in April to 3.1%, however, as the exhaustion of short-term proinflationary effects predominant factor will be the disinflationary impact of lower demand due to the introduction in the country of restrictive measures to combat the epidemic of the coronavirus, said information and analytical comments of the regulator.
According to Rosstat, in April 2020, annual inflation amounted to 3.1%, which is 0.6 percentage points higher than in March. The Central Bank said that the acceleration of the current growth of prices is temporary and is associated with an increased demand for food and basic necessities in the conditions of introduction in the Russian regions of mode isolation, and also occurred in the first quarter of the weakening of the ruble.
«In the future the likely increase in annual inflation, including as a result of release from the calculation of the lowest values of the summer and autumn of 2019. At the same time as the exhaustion of short-term proinflationary effects predominant factor will be the disinflationary impact of declining domestic and external demand due to the restrictive measures against the epidemic of coronavirus», — the document says.
According to the official forecast of the Central Bank, taking into account the monetary policy annual inflation in Russia will amount to 3.8–4.8 per cent at the end of this year and will be close to 4% in the future.
the Latest data on the situation of COVID-19 in Russia and the world presented on the portal stopmanager.of the Russian Federation.
Source: ria.ru