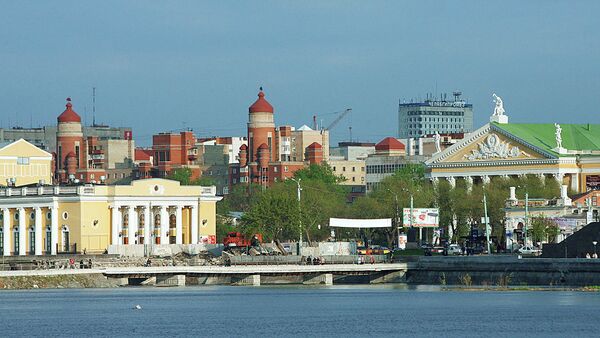 © RIA Novosti / Vladimir Fedorenko
Enterprises in the Chelyabinsk region, the most affected in terms of coronavirus, currently received state support amounting to about 2.6 billion rubles, the total is about 50 thousand organizations, said Wednesday the Deputy Governor of the region Egor Kovalchuk.
«recall that support measures are either tax incentives or deferral or installments in payment of taxes. The support measures we evaluate the already adopted normative-legal acts in 2.6 billion rubles. The full amount of the support measures we will be able to count on the results if these measures will work, and now we have them valued at 2.6 billion rubles», — he told reporters.
Support about 50 thousand organizations, which employ about 220 thousand employees. «We understand that not only these organizations have suffered, and economic consequences has hit a much larger number of enterprises. We have one of the industries benefited from this situation – it service delivery, food», — he said.
In addition, said Kovalchuk, for small and micro business are those support measures, which realizes the «the business»: it's microloans, traditional product «Areas of business», which has been upgraded under the terms of the epidemic. Here the 115 companies have already received this support in the amount of 450 million rubles, it gave the option to save about 3 million jobs, he added.
According to the General Director of Fund of development of entrepreneurship of the Chelyabinsk region – «Areas of Business» Arthur Yusupov, on behalf of the Governor of the region of Teksler the Fund has developed a number of anti-crisis products, which realizes the «the business». So, regarding soft loans, micro-loans is 1% per annum to 3 million rubles for 3 years, issued 25 such loans in the amount of 62 million roubles that will allow more than 700 jobs to save, he said. «moreover, all the products is still of the order of 200 applications... we Also have a website. It actively locates all available support measures and yesterday launched a new service – when you enter the INN owner will be shown what support measures he could use», — he explained to journalists.
The Deputy Governor recalled that in the region developed and implemented a package of measures is formed by three tranches, in total there 39 activities to support the business. «They are aimed at stabilization in the labour market, preserve employment, support of small and medium businesses in the most affected sectors of the economy. Following the implementation of these measures will be supported at least 39 thousand organizations and individual entrepreneurs that are saved 195 thousand jobs», — said Kovalchuk. He noted that this figure is not final, «we continuously identify new areas of activity and those organizations that fall under the support».
Kovalchuk added that it is important that every ruble, every measure of state reached the final consumer, business, enterprise, and «our task is to inform all interested persons». «I Note that the support will be considered rendered when all to whom it applies, it get», — he said.
According to the representative of open company «Enso», which is engaged in the production of clothing, Daria Sapunova, on Wednesday, the company received a loan in the amount of 2 million rubles at 1% per annum, it is «good news, we are waiting for this support». Company in Cheljabinsk since 2010 is engaged in manufacturing women's clothes – have the equipment, skilled tailors, and it is very important to save jobs, she said. «But the coronavirus affected, and the speed dropped. We tried to retrain, but on its own is difficult to hold. We retrained for tailoring reusable masks. Also started stitching protective overalls for medical staff. We plan to continue to work in their brand. Orders provide salaries and minimal expense, and working capital is not enough», — she told reporters.
Informed the Governor of the region Alexey Teksler outlined the regional challenges with the participation of the municipalities. As reported by the press service of the Governor, so the heads should be involved in informing businesses and the public about state support measures, including instruments of credit institutions. «All entities and people in the cities and districts of the region should be aware of these measures and the most to use them», — said Teksler.
the Latest data on the situation of COVID-19 in Russia and the world presented on the portal stopmanager.of the Russian Federation.
Source: ria.ru